She’d had the illness for four years and over the last three to four months been in and out of hospital. Over the last weeks I’ve been thinking about how ‘we’ perceive Alzheimer’s, and how the people with the condition perceive it and how it affects their perceived quality of life. This is the first of what I intend to be four posts over the next few weeks on the subject. 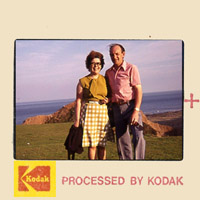 Nothing prepares you for the death of a loved one – even though it is inevitable for all of us, and even though in many cases their death is imminently expected. But in the case of Alzheimer’s I’ve heard people say it must have been a release for the person ‘suffering’. After much thought and recollection – as occurs at times like these – I think we need to consider both this mind set and the term ‘suffering with Alzheimer’s’. I also think we need to de-focus from the accessibility / assistive technology / rehabilitation engineering (eHealth) which focuses on people with Alzheimer’s and move it to the people (often a similarly aged partner) who care for people with the condition.

If we take a more ‘Phenomenology’ view of the subjective experiences of the person with Alzheimer’s, as opposed to the imposition of our views and expectations upon both the person and the condition then we can see Alzheimer’s in a very different way.

In the case of my Mum, up to the few last months of ill health, her quality of life (in her subjective view) did not deteriorate. Our view from outside may have noticed the things she was now not able to accomplish, changes in behavior, changes in emotional states and the like, but through it all my Mum remained happy, oblivious to the context in which she was living. She would sing along to old songs, became more emotionally open as the onion skins of social convention where stripped away. I never heard her say she felt unhappy or ill or unwell, she was always happily engaged with something – even if that something was taking apart the TV. To her, life was as it was at some point in the past. Her Mother and Father were still alive, ‘she would be seeing them just that evening’, the family was together, she would go to social clubs and community centres and was open to incoherently discussing anything with anyone; a particular favourite of people with Alzheimer’s being young children.

It is as if all of societies constructs and conventions now mattered for nought.

And it seems this is the problem as we, in society, expect conformance – otherwise something must be wrong. Someone not able to live by the societal rules is to be pitied. But, this is not the case to the person with the condition. Their view is often far more emotionally positive than ours, words and numbers may not be ‘working’ but concepts and emotions often are.

It seems to me we have to moderate or move our accessibility, assistive technology, rehabilitation engineering, and eHealth efforts away from the person with Alzheimer’s and start to concentrate more on the carers; who face a unique and isolating set of problems creating, what I think, is a ‘secondary impairment’.

I’ll be covering this idea of secondary impairment’s in more detail in around five weeks. But the topic of next weeks post will be some advice for soon-to-be carers…

One thought on “Perceptions of Alzheimer’s – #accessibility #a11y”